By Emilie. Our weekly round-up is here. 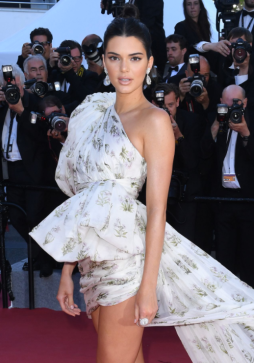 2) And on the subject of fashion, here’s something we won’t be wearing this summer: detachable jean shorts. Apparently this is a thing. Well, not for us.

3) Melania Trump made us like her a teenie tiny little bit this week when she slapped away husband Donald Trump’s hand in clear view of the world’s media. We love that he’ll literally push other world leaders out the way for photo opps, but can still get put in place by his wife. OK… and now we’re back to not liking her.

4) Don’t be fooled by the rocks that she got, but actually, you might be. This is the kind of gift you get when you’re a model married to a Russian oligarch, and it’s not even an engagement ring – just a trivial seven-year anniversary trinket. 5) Manchester. In the few days since Monday night’s horrific attack we’ve been astounded by the bravery and unity of the people of Manchester. Our hearts go out to everyone affected by the tragedy. Peace and love.

2 thoughts on “5 Things We Talked About This Week”